Creepy Castle is a UK mobile casino game with a theme based on the funniest looking monsters ever. So the game takes you into the world with a combination of fun, scare and creepiness. The twenty-five paylines in this game is spread over five reels that help you make enhanced combinations. The reels are set with a backdrop of a dungeon with some creepy looking doors and full bright moon outside the window. There is a horror themed music to haunt you throughout the game and you are sure to stay entertained all the way. The wagering of this game begins with as low as £0.01 and goes up to £250 each turn.

About the developer of Creepy Castle

This horror-themed monsters based UK mobile casino game was developed by Chance (NYX). They are a brand who created some of the world’s best slot games with unique and entertaining themes. You can play their games on iOS and Android phones as well.

In this game, you can enjoy some funny animations of various monster symbols. The key symbols of this UK mobile casino game are a three-eyed yellow coloured monster, purple bat, green tall legged and a single eyed squid monster. The top rewarding symbol is the yellow three-eyed monster with a payout of 350 times on your stake. 9 to Ace of playing cards in the form of monsters also are part of this game. They pay you 20 times to 150 times when five of a kind symbols appear on an active payline. The wild symbol and the game’s logo help you unlock some bonus features that help you win massive rewards. 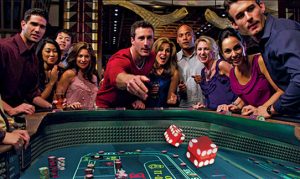 With a funny theme on monsters and mind blowing graphics, this UK mobile casino game also offers a wide range of surprises you can win from. The RTP of this game is 95.12%.