Panda Pow is a 5 reel mobile slots online game based on kung fu panda theme and set in the backdrop of a red Chinese theme. This slot is played with 25 fixed paylines using various Chinese themed symbols. There is a nice Chinese music in the background with sounds effects to keep you entertained. The game symbols offer amazing animation effects too. This is a perfect game to all those who love martial arts and the cartoon styled symbols really looks and act funny. The betting starts with a mere 25p and goes up to a big £2000 suitable for high-stake gamblers.

About the developer of Panda Pow:

This wonderful kung-fu styled mobile slots game was developed by NYX (Lightening Box), one of the top casino game suppliers in the world. They have many popular and award-winning slot games that has won the hearts of millions of people because of their ability to help people win some huge money.

This fun filled and entertaining mobile slots game is played with symbols such as  baby panda on the branch of a tree, a goldfish, three gold Chinese coins, lanterns, hand fans and playing cards symbols from 9 to K. Baby panda symbol pays the most with 500 times the stake with five symbol appearances on a straight payline. There are two bonus panda symbols; one with a red forehead band and another with a golden helmet on its head. All the symbols in this game perform its own animated actions when they win from a combination. 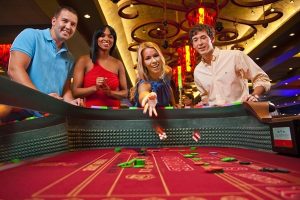 Summary: If you are a martial arts fan then you must not miss this mobile slots game that not only is entertaining but can help you make lots of money with its unique bonus features.